Each of the galaxies in this picture from the Hubble Space Telescope contains anywhere between about ten million and one trillion stars. There are estimated to be ten billion trillion (10,000,000,000,000,000,000,000) stars in the observable universe, though some estimates add another 2 zeroes.

The numbers are well - astronomical...

But even though we are smaller than a speck on an imaginary speck in the vast universe, we still all enjoy (and need) a good nights sleep.

Hovering ship pictured off the coast of Cornwall

An optical illusion caused the ship to appear as though it was floating above the horizon.

Images of what appears to be a floating ship have been captured as the result of a rare optical illusion off the coast of England.

David Morris took a photo of the ship near Falmouth, Cornwall.

He said the illusion is common in the Arctic, but can appear "very rarely" in the UK during winter.

Mr Morris said he was "stunned" after capturing the picture while looking out to sea from the hamlet of Gillan in the south west corner of England.

Mr Braine said: "Superior mirages occur because of the weather condition known as a temperature inversion, where cold air lies close to the sea with warmer air above it.

"Since cold air is denser than warm air, it bends light towards the eyes of someone standing on the ground or on the coast, changing how a distant object appears.

Let’s celebrate the Chinese Year of the Red Fire Monkey!

It's the 4714th Chinese Year - but is it a good year for you? This is a summary of astrologers predictions: 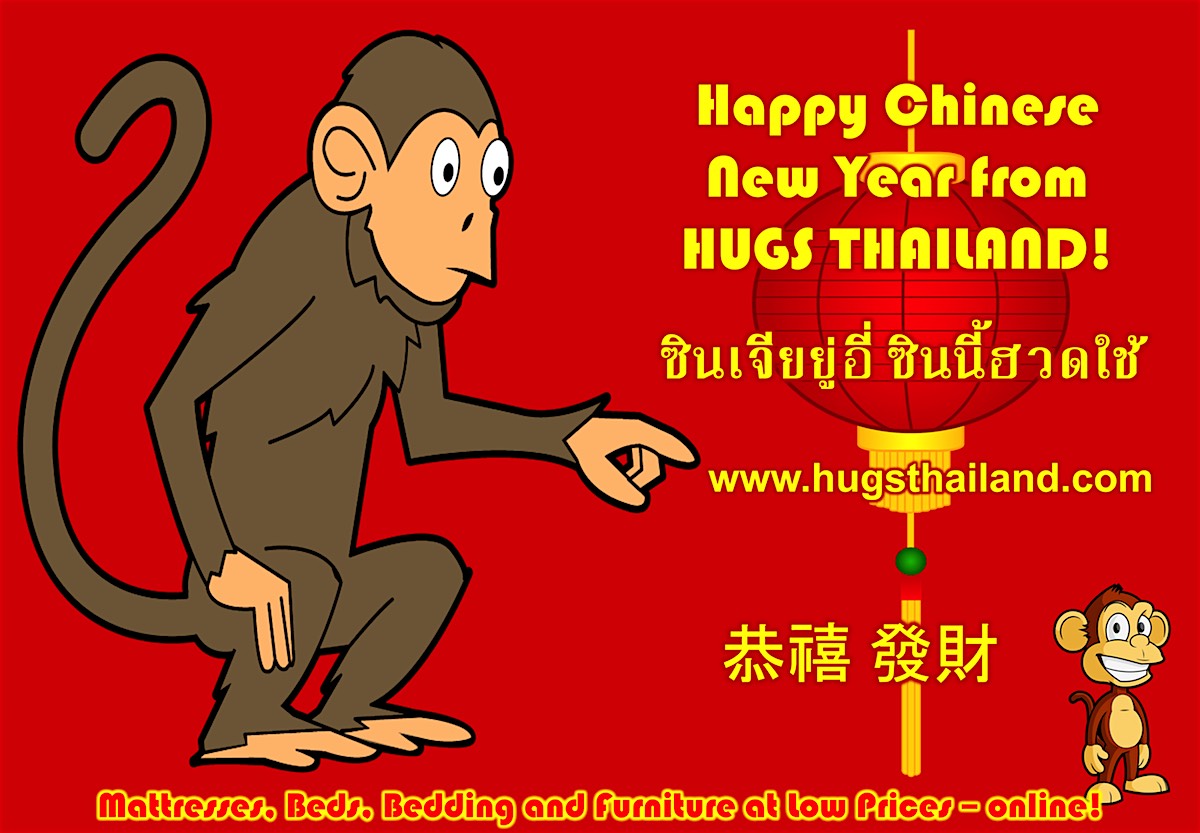 Why it's important to have a board of directors

With a nod and a wink, a well-known venture capitalist said something that made my blood run cold.

I was at this closed-door meeting for founders of high octane new technology ventures to give a talk about the importance of establishing company boards. It was there that this renowned investor said smugly, "You should not have anyone on your board who isn't an investor or a friend."

He went on to say that only people who funded the start-up “will care enough” to help founders achieve their goals, whether it be acquisition, fast growth or becoming a public company. He added that only a friend “can side with you in a board fight if you really need it".

He’s wrong, on many levels. But he’s not alone. Many businesspeople, from founders to established executives to onlookers, misunderstand the role of boards and corporate governance, particularly for young companies. Early-stage ventures of all kinds often disregard the valuable role of questioning and dissent because they feel it gets in the way. Founders and executive teams sometimes chafe at the formality of board meetings during the sometimes frenzied rush to expand, since those gatherings require setting aside space and time to meet and walk through things logically.

But, in reality, these independent directors and the formality of board meetings can be key building blocks of successful businesses.

Many small companies don’t recognise the value of having independent board members — someone from the outside with no financial stake in the firm —as part of the boardroom mix. Any organisation benefits from having a board that isn’t made up entirely of insiders, asks hard questions, challenges assumptions and alerts leaders to potential missteps.

Getting it right from the start

It’s important to have one or two people from outside the organisation, even if it first appears they will just muddy the waters with their questions or demands.

Here’s why: without free thought, tough questions and counterweights, companies are destined to make disastrous mistakes born from incestuous, yes-man thinking. They are ordained to believe their own hype.

Independent members help create a dialectic atmosphere. They can even help make tough decisions about jettisoning people who demonstrate consistently poor judgement or ethical lapses, and they can act as a moderating influence if disagreements break out between investors and founders.

Early-stage companies need to think about integrating good board principles from the start. To build strong businesses with longevity, it is vital that entrepreneurs get the foundations right, and that best practices are part of their very DNA.

Of course, that doesn’t always seem easy. In the frenzy of product development, finding customers, hiring, and juggling other issues, the boardroom is one crucial area that is often overlooked. The thing is, if companies get the boardroom right from the start, it pays real dividends.

Even at an early stage, the discipline that comes with following the skeleton of corporate governance sets important precedents. Having regular board meetings, compiling the documents needed for those meetings, having people who ask challenging questions about both grounding and stargazing issues, and having independent non-invested, non-aligned directors involved, helps build strong organisations for the long term, no matter their size.

It is especially important at a time when early stage companies have big responsibilities around data privacy and personal safety. When there are people at the table who aren’t bound financially to the success of the firm or to your friendship, you will be asked harder questions about ethics and viability. While difficult in the moment, a new company can avert a lot of potential heartache with outside voices like this.

A place for investors in the room

Investors in these early stage ventures can and do bring a lot to the table – money, connections, wisdom, but when they are serving as board members, they are not independent. They come with an agenda, and rightly so: their job is to get the best return possible on their investment. At the same time, they are grappling with their own pressures like timing, fickle general partners, the balance and cadence of their portfolio, and more.

A capable boardroom must have executives, investors and independent members. Having a diverse group hash out important topics behind closed doors lets the company grow in a way that satisfies the wants, needs and desires of all parties in a mature and measured manner. Better that tough questions be asked in the relative safety of the closed-door boardroom than out in the cold, hard world.

Most importantly, and perhaps toughest to understand for the venture capitalist who made the comments at the gathering where I spoke, the exchanges in the boardroom are not about winning and losing. They are a means of seeing issues and pathways with greater clarity.

There is value in challenging preconceived ideas or notions outside of the echo chamber of people who work together day in and day out. What might have sounded like a great plan over an over- caffeinated midnight brainstorm, might not stand up in the cold light of day.

This can mean the difference between great success and disorganised chaos.

Is surviving on 20-minute naps bad for you?

As the Solar Impulse sets off from Japan to Hawaii, its quest to become the first solar-powered plane to fly around the world continues. But its pilot only gets 20 minutes' sleep at a time. Can this be healthy?.

For five days and nights the pilot will fly alone over the Pacific, taking 20-minute "cat naps", 10 to 12 times a day, and leaving the autopilot temporarily unobserved. He's been trained in self-hypnosis, allowing "the body to regenerate into a very deep relaxation and keep the brain alert enough" to monitor instruments when awake, it's claimed.

But Kevin Morgan, professor of psychology at the Loughborough Sleep Centre, warns that at least half an hour is needed for a restorative nap, and 90 minutes for a full sleep cycle.

The British Ocean Reunion team, planning to row across the Atlantic later this year, will operate an alternating system, where one person sleeps for two hours while another takes a turn at the oar. This would probably be a "better" length of rest for the Solar Impulse's pilot to emulate, Morgan adds.

He likens the pilot's situation to that of a junior doctor in Britain during the 1980s, having their own bedroom on the hospital premises but being continuously on call to deal with patients' needs for 48 hours. "They were left feeling utterly wretched," he says. "Adding up the amount of sleep they got, it might be quite respectable, say five or six hours. The problem was that it was grabbed in amounts of 10 or 20 minutes."

In sailing solo around the world in 2000, Ellen MacArthur got around five-and-a-half hours' sleep a day in what she called "slices of about 20, 40 or 70 minutes".

The Solar Impulse pilot is likely to experience "micro-sleeps", nodding off very briefly, which are very dangerous for drivers, says David Ray, professor of medicine and endocrinology at Manchester University. He adds that they're not ideal for monitoring flight equipment either, but not quite as risky.

In an experiment carried out by Nasa, pilots who were allowed to take a nap of 40 to 45 minutes improved their performance by 34% and their alertness by 54%. But this was simply for a standard long-haul flight, rather than being one's pattern of sleep over five days. And it was double the 20 minutes at a time the Solar Impulse pilots will have.

So, does his ordeal pose any long-term dangers? "The risk is primarily that during the five-day trip, during their sleep-deprived state, they make a mistake, that decision-making goes completely out of the window," says Ray. "You can recover after a while, with a few good nights' sleep. But it's not very pleasant."

20-minute naps are arguably too short for a restorative nap

30 minutes a time would be better, but 90 minutes allows a full sleep cycle.

You can get more information about the Solar Impulse project at: http://www.solarimpulse.com

Excellent aerial shot of the Big Buddha here in Phuket. 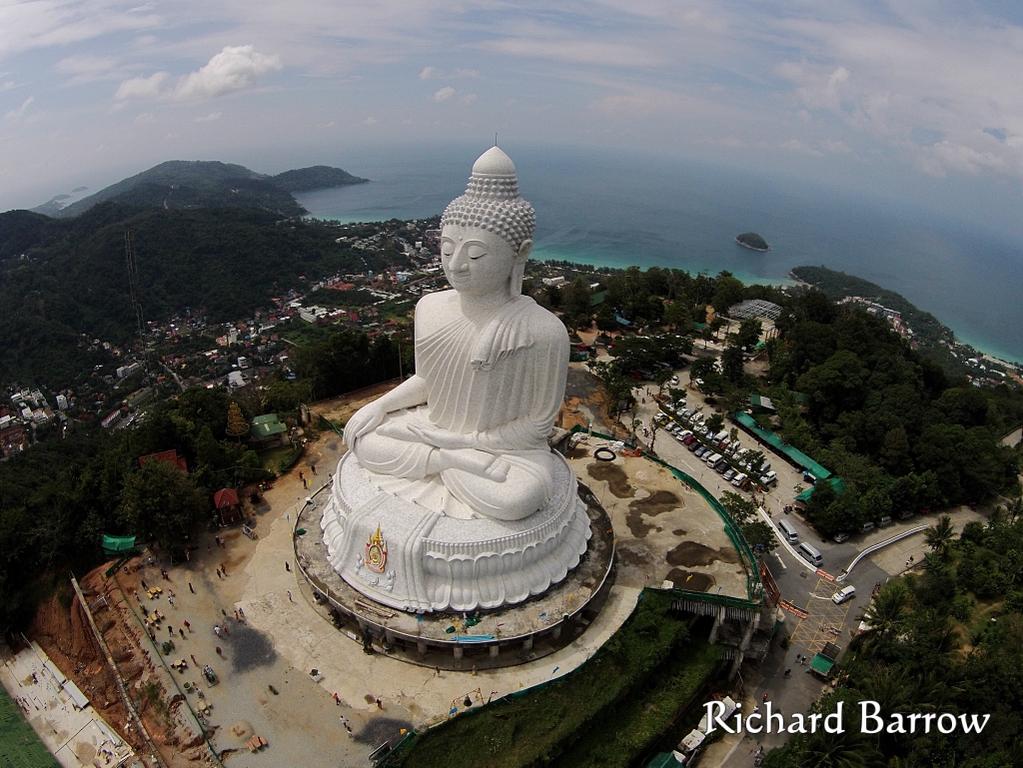 Happy Halloween (with a great pic of our sun)

NASA's Solar Dynamics Observatory (SDO) snapped this composite photo as the spacecraft stared at the sun from its spot in space on Oct. 8, 2014. In the image, hotspots of magnetic fields on the sun have gathered to form what appears to be two "eyes," a nose and a super-spooky grin on the sun's face. There even appear to be ears on the sides of the sun.

The image is a composite of two taken in extreme ultraviolet light. Active regions on the sun, which include magnetic activity in the sun's atmosphere (corona), shine brighter and created the jack-o-lantern-like face.

Have a great Halloween! 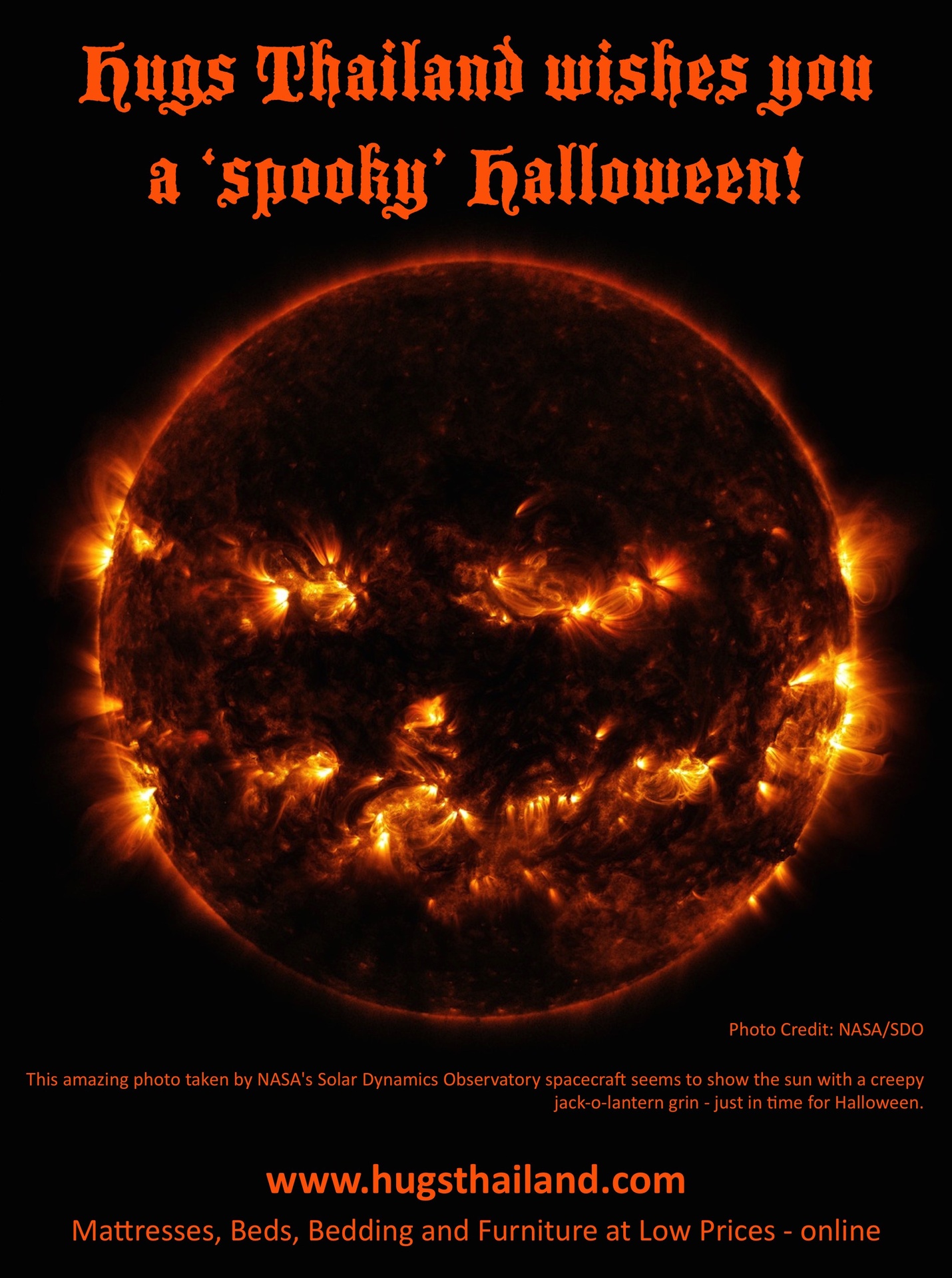 Condition your brain for better Sleep

It's USA Independence Day on Friday 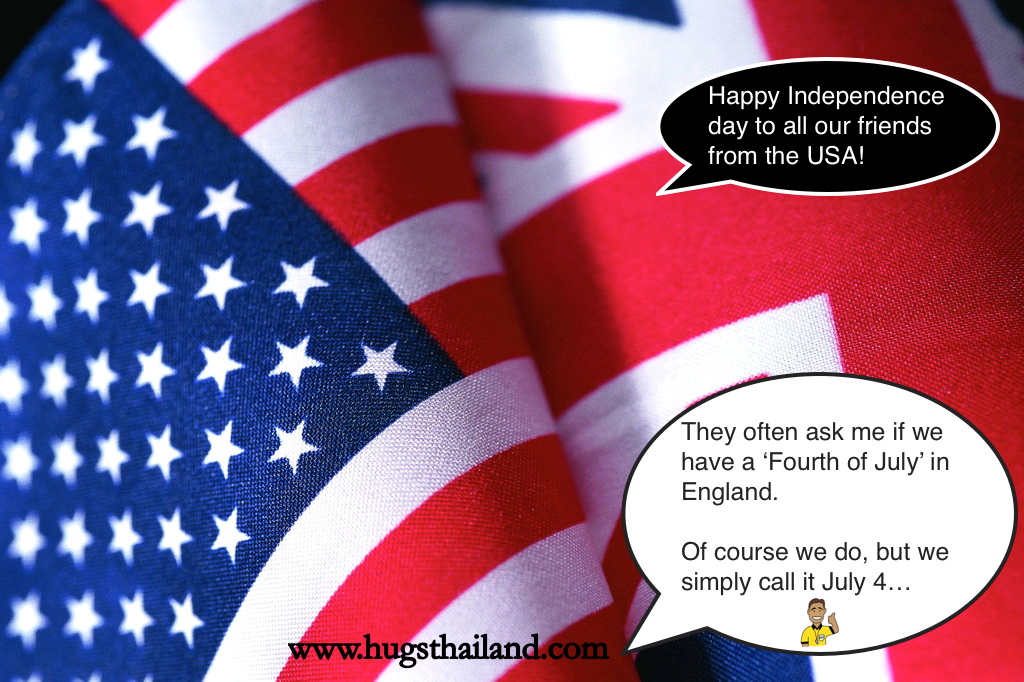